In memory of the late Captain Hyman “Hy” Enzer (USAAF-Ret.)

and for his crewmen, and his wing men.

After basic training in sinle engine Texas T-5 trainers in the U.S., Enzer was  shipped to Europe and immediately put into the cockpit of a B-24.  Enzer then  flew missions over Italy, Austria and Germany.

On his very first bombing mission over Austria, with then Lieutenant Enzer flying the right seat as co-pilot,  his pilot was badly wounded by shrapnel, as was he, but he pilot was more badly wounded with a shattered elbow and no use of his left arm.

Although it took 2 men to fly the B-24,  Hy Enzer was able to fly for more than 5 hours to make an emergency landing on an RAF  landing strip in Italy, made only fro the light weight Britsh fighters, like the Spitfire and Hawker Hurricane.

Seriously wound, losing blood and dreadfully fatigued, Captain Enzer told me that  after crossing the Alps, he knew he was still scores of miles from home base when he spotted a small airstrip, and knowing he was in Italy he didn’t care whose runway it was, nor how small it was for airplane the size of a b-24 (compared to a Spitfire).  Weak and bleeding, and concerned that he might not be able to make it to his base, Enzer decided to go for an emergency landing ad the sight of the runway, but when he brought the plane around for final and toouch down, he said that the entire British company, ground crew and pilots, raced out onto the runway and tried to wave him off! …Because they had just finished repaving it and they knew that the bomber was to heavy for the new pavement.and make an emergency.

Needless to say,  waving to the wounded pilot ad co-pilot did not stop the landing and they waving stopped abruptly as score of British service scattered madly from the runway as The Liberator  came in for an emergency landing, 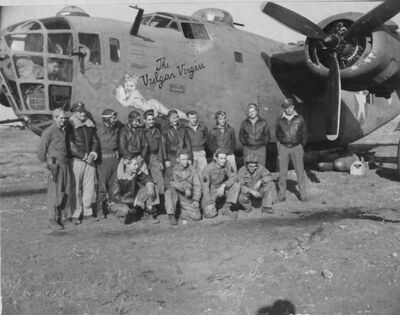 For that feat of valor, stamina and courage, saving himself, his co-pilot and the crew, Captain Hyman Enzer received the Distinguished Flying Cross.

Sometime in the 1980s, Captain Hy Enzer gave me his own, personal 15th Air Force Bomber Wings that he wore in World War II, and I told him when I accepted them that I would wear them if I ever flew an airplane as a private pilot in Europe.

I had always wanted to fly around The Matterhorn, so in 1990 while visiting Switzerland, I decided to rent a plane and hire a co-pilot (a mountain pilot) to guide me through the treacherous, wind blown Swiss valleys from Bern to the top of the Matterhorn and back.

My safety pilot turned out to be an old retired Swiss Air captain who met me and 2 Swiss friends at the airport. I was wearing Captain Hy Henzer’s original bomber pilot’s wings, as I had promised him

As we did pre-flight on the plane, the old gentleman noticed the wings and asked me what is that?

I replied: “These wings belonged to my friend Captain Hy Enzer. who flew over Europe during WW2 with the American Air force. He was on many bombing missions, flying from Italy to Austria and Germany. He flew missions over Regensburg, and I promised him that I would wear his wings if ever I got a chance fly in Europe. Today is that day.”

The old, bespectacled Swiss Air Pilot who was in his mid-70s squinted his eyes a bit, looking into my eyes as if to get a better focus. Then he looked at the silver wings, pinned over my heart, and leaning over and forward a bit to get a closer look, he took a second squint focusing on them . Then he stood up straight again, looked am again and said:

“Yes, of course, we would be honored.”

I saw the look on his face as if reaching back in time to recall his memories of  WW II, and seeing, in his mind’s eye, vast airborne armadas of the US Army Air Force in Europe flying over Switzerland, heading north to bomb Nazi Germany, and those returning home flying south, many trailing smoke, badly damaged, manned by young pilots (like Hy Enzer) wounded, and others dying, to their bases in Italy.

The old gentleman reached out and touched the wings gently with his forefinger, holding in for about 2 seconds. Then he stood upright once again and said, in a deep Swiss-accented English:

“Tell your friend that he did a good job!”

Then, we took off and navigating through the valley of Thun, we passed the Research Station  and Sphinx Laboratory atop the mountain called “Die Jungfrau” (or “Young Lady”).

This photo (above) captures the pilot’s view as we passed the site and continued our ascent along one side of the valley, catching thermals to gain altitude for the final climb to the summits of these 2 giants of the Southern Alps.

We then climbed on and finally reaching the Gelli Pass, we flew a ring around the Matterhorn and sidled past Blanche Dente.  Blanche Dente is also called “Dente del Gigante” (“The Giant’s tooth”) on the Italian side of the border.

This was my pilot seat view as we approached their summits, flying spirals in the valley seen ahead in order to to gain altitude enough to clear the Gelli Pass, a clear way between the 2 mountains.

Blanche Dente is seen here to the left of the Matterhorn. 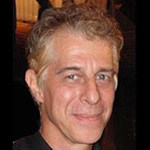